What Americans think of British roads

One of my favourite pastimes is finding out what Americans think of the UK. It's touching to rediscover the charming/perplexing parts of the country we take for granted.

The thing our distant cousins are most flummoxed by (other than words like flummoxed)? Our roads.

Quite aside from the fact we drive on the 'wrong' side of the road, Americans are terrified by our roundabouts, teeny tiny streets and winding, potholed lanes. Considering we basically adapted our road system from animal tracks we started following in neolithic times, it's not surprising visitors find it confusing.

I've compiled some of my favourite findings from a gruelling day of trawling Reddit. No, you're welcome. Really, it's my pleasure.

You can take some quiet pride in our ridiculous roads

It's quite telling that Americans have to take a test to get a new driving licence here, rather than just trading in their US licence.

They have long, straight roads big enough to drive a tank down - and we have Magic Roundabouts. And gears. And tractors towing classic cars with some chickens in the driver's seat.

Makes you feel quite smug about that driving test pass, huh? Go you. 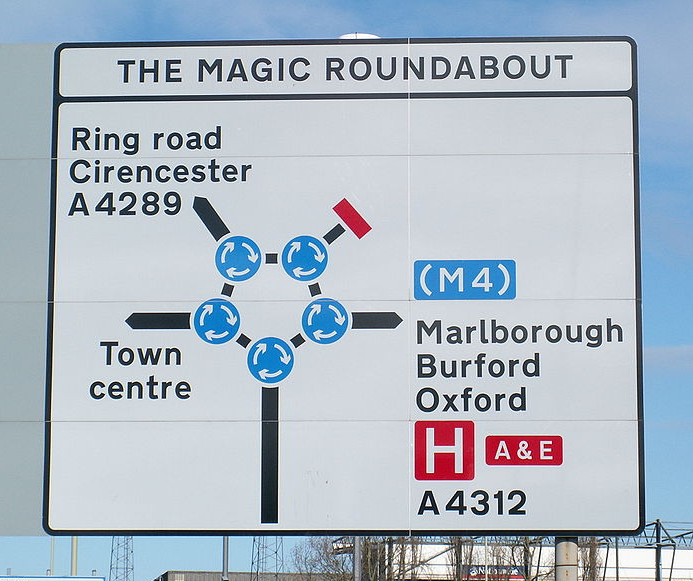 It's not just us - Europe's at it too! Check out Europe's tricky driving rules.