How I failed my driving test

This post is about the old driving test. If you're taking your test after 4 December 2017, you can find out more here.

I'd been totally prepared for failing my driving practical test (it's just a practice, think how much calmer you'll be next time, blah blah blah).

But there was an unexpected and rather painful twist that made failing feel so much worse. I'll get to that.

For now, let's d(r)ive into how the practical test works on the day. 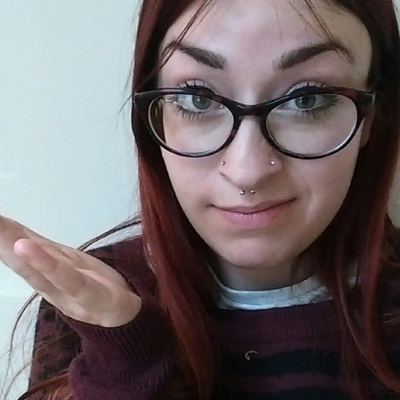 I was nervous but fairly resigned. I knew that at this stage there was no point obsessing over it - if I was ready, I'd pass. I had some avocado on toast and read the show me, tell me questions again.

My driving instructor picked me up 2 hours before the test so we had time to get into town and have a drive around. I drove there, did a few of the routes and then we parked up to practise the show me, tell me questions.

Then we drove to the test centre and I did a freakin' PERFECT bay park (typical) and we went into the centre to wait. I'll admit that I was vibrating with fear at this point, trying to control my breathing.

The examiner called my name, I signed the insurance disclaimer and we went outside to do my eyesight check, which was fine. He asked me to get in the car while he filled in the car's details, then he got in and explained that we would be doing the show me, tell me questions.

The 2 show me, tell me questions

The first question was "Can you show me how you would check the power steering was working before setting off?" I told him without switching on the engine, so he asked me to show him (come on brain, what are you doing?) and I did. Fine.

The next question was "Can you tell me how you would know there was a problem with your Anti-lock Braking System?" Easy as pie - a little ABS lights up on the dashboard.

Need to swot up on the show me, tell me questions?
You're in luck, I just wrote them all out!

With the car radiating the heat of my shame, we got back to the test centre and he did his working out on the sheet while I sat there all pathetic. Then he said "I'm sorry to tell you this Honor but you haven't passed your driving test" and I'm like "Don't worry, I know that."

Then he told me and my instructor that he had been prepared to overlook the ludicrous parallel park because I'd driven so well for the rest of the test - but then I'd STOPPED AT A GREEN LIGHT. Obviously, this is dangerous as someone cruising along behind just sees the green and expects you to be moving.

I ended up with 6 minors and that serious fault. You can get up to 15 and still pass so I'm clearly ready - I just need to go back over all the routes so I don't get confused again. If I'd only gone that way before the test, I would not have had that brain outage.

So, it's back on the driving lesson merry-go-round for me. Although I'm ready and it would save me some money to just take a lesson the week before my next driving test, I'm trying to get hold of a cancellation test slot so I want to be ready to go just in case.

P.S. If I sound gloomy it's because I am. But this will be over for all of us very soon and we will only care about the pass, not the past. #philosophy

Dealing with a driving test fail yourself?
Get some advice on how to move on and pass your test next time.