Thefts of catalytic converters on the rise? Let’s get the facts!

Does anyone even know what one is? I mean, I definitely didn’t until a mate of mine had theirs stolen while paying for petrol! Legit, did it in 2 minutes, in broad daylight.

But don't panic, there are ways to keep your car safe from thieves and to know the facts. Knowledge is power!

So, let’s start with: ‘what the hell is one of these anyway?’.

But why are they being they being stolen? Well, apparently, they contain precious metals, that are worth a lot of money if sold. Catalytic converts, in particular, contain palladium, rhodium, and platinum. Which is like gold to the aspiring metal thief.

They are also stupidly easy to steal because they only need a wrench a saw to remove one in a matter of minutes! AND, they are really hard to trace back to the car it came from.

A car that has these stolen, will normally be parked on driveways, shopping centres or parking garages, due to the lack of security and light.

But it’s all good, we can foil these pesky thieves!

How do you know if you have had one stolen?

Your car will suddenly sound like it's straight out of the Fast and the Furious, with loud roaring sounds coming from your exhaust. Might sound cool, but it's damaging for your car and awful for the environment.

So, if you hear something like this, when only a day before it sounded fine, then chances are it's been stolen. Best to take it straight to a garage you trust and know.

So, what if it’s been stolen?

Then make sure you report it to the police and notify any scrap dealers nearby as well, so they can keep a lookout for someone casully trying to sell them an exhaust they 'found just lying around'.

Luckily thefts of this nature have halved in the last month or so, thanks to a big police operation!

This is due to marking catalytic converters, so they can be traced back to the car it belongs to and the owner. Something called SmartWater has been provided by certain car makers like Toyota, is painted onto the converter and it can be used to find out which car it came from and who.

Big breakthrough there! Although not every car has this, it is possible to find out more and see if you could get it for yours.

So, there is hope yet that this crime will be made harder to commit and we don’t have to worry too much.

A quick google search will also be able to tell you if your area has had any cases recently. But with these few steps, we can all try to keep our cars safer and avoid something like this from happening. 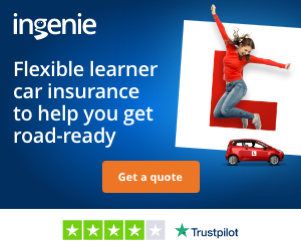 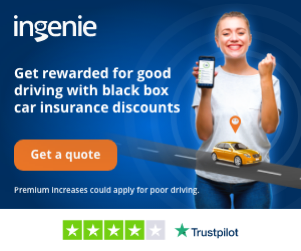 Chelsey loves her convertible... a resident poser at ingenie. She had 5 driving instructors overall and during her practical test there was a hail storm! She still passed though - a stroke of luck or attempted sabotage from the driving gods? You decide.