We chat to our drivers all the time about how to pass the driving test, but we don't always talk about how it feels to fail. We recently ran a honesty survey asking drivers who failed how it affected them - and the results were pretty eye-opening.

Out of the ingenie drivers we surveyed, 25% didn't tell anyone they were taking their driving test, out of fear of potentially having to tell others they've failed. Having family or close friends supporting you can make a big difference to your confidence levels on test day, but this result shows that over a quarter of young drivers felt it was just added pressure. 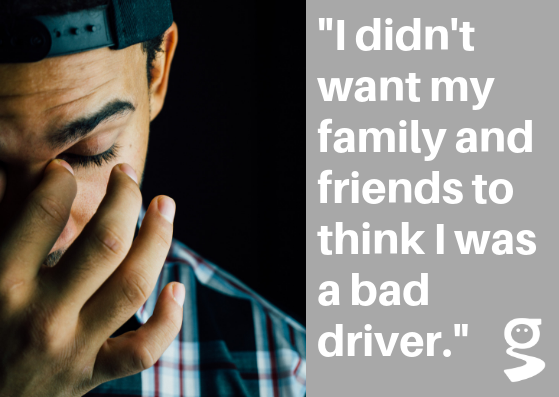 Nearly half of drivers said the main emotion they felt was feeling like a failure, while 25% said they felt like they'd let their family down. Because of this of level anxiety, 16% admitted to lying about the actual number of driving tests they'd taken.

The majority said they lied out of sheer embarrassment while 12% lied as they didn't want their friends or family to think they were a bad driver.

On the upset scale, 60% of drivers felt really upset about failing and 35% felt super nervous about booking another test - which is totally understandable. Not passing any exam sucks - but it's getting over the crushing disappointment and staying confident that's important.

That's where you come in.

Help us beat the failing blues

We wanted to help relieve some of that upset by setting up a space for anyone and everyone to come and talk about failing. Whether it's a driving test, an exam, a job interview - literally everyone has experienced that feeling at some point in their life. By sharing your experiences we can help banish the worry of failing once and for all.

There's so much pressure on young people to pass their driving test first time as people assume that means you're a better driver. But ingenie - being the data geeks we are - looked at this in much more detail to see if the statistics backed up this bold claim.

We found that most of our drivers take 6 months or more to pass, and those who passed in less than 4 months had LOWER driving feedback scores than those who took longer.

In fact, the people who pass in just one month have an average driving score 11 points lower than people who took 7 months - our best-scoring drivers in this study. 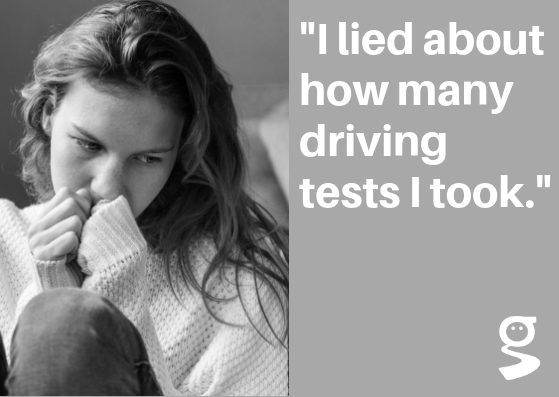 Drivers who pass first time have lower average scores than people who take a few. And of the drivers we surveyed, the highest average driving score went to drivers who'd passed on their fourth test!

So there you have it. Failing now, is winning later.

We're looking forward to hearing your story and your best advice to help other learner drivers.

Join our Facebook group now to chat about all things failing and winning. Remember, Its OK 2 Fail.

Thefts of catalytic converters on the rise? Let’s get the facts! 9 months ago